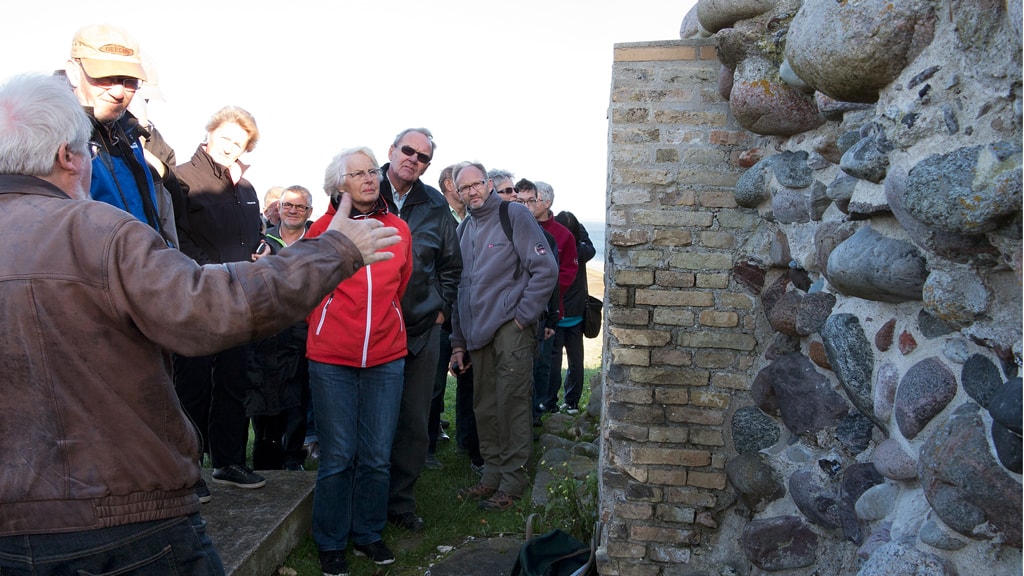 Valdemar the Great’s castle on Sprogø

One of the most dramatic periods in the history of Denmark took place in the middle of the 1100s. A hereditary monarchy was introduced in Denmark. The Wends, who had ravaged the Danish coasts, were being fought against. Prosperity and development came to the country. A castle was also built on Sprogø.

If you want to learn why Valdemar built a castle on this windswept piece of land in the Great Belt, then come and hear the story. Book your ticket here.

Why in the world did Valdemar the Great decide to build a castle on Sprogø? On an isolated scrap of land, where there was nothing to defend? It’s actually not that strange. A castle provided security, for instance, for treasure. Sprogø was also a secure place to put people in prison. It was a place to stay when travelling around the kingdom – a kind of lay-by of its time. It could also be a place to retreat during an attack. A country is not taken until the last bastion falls. Therefore, many defensive structures are located where the natural conditions are suitable: Where the Ice Age has pushed large land masses up or inaccessible cliffs have been created.

For long periods, the Wends had attacked and robbed throughout Denmark. The Wends were also pagans. Valdemar, with his commander, Bishop Absalon, gathered a fleet of 260 ships to once and for all do away with the pagans in the south.

It was during Valdemar the Great’s reign that fired bricks were used as a building material for the first time. It was also during his reign, that the Danevirke was reinforced and fortifications were constructed at Korsør, Nyborg, Vordingborg (where the tower still stands), Kalundborg – and also on Sprogø.

Valdemar had the first known castle at Nyborg built. The castle was later the foundation of Danish democracy where the Danehofs met, and various kings and one queen expanded Nyborg Castle and town over the centuries into a modern fortified town. Gradually, as the Crown centralised its power, this was affirmed in Nyborg, which with its central location in the land, became Nyborg, the Heart of the Kingdom of Denmark. It was a power, political and infrastructure centre. Nyborg was Denmark’s first metropolis, Denmark’s first capital – before Copenhagen.

Since the year 2000, the National Museum of Denmark has excavated parts of Valdemar’s Castle on Sprogø and on the guided tours to Sprogø we can come close to the wall that’s exposed today, whilst listening to the fantastic stories about Sprogø and Valdemar’s Castle.

You can also buy the book “Valdemars Borg”.